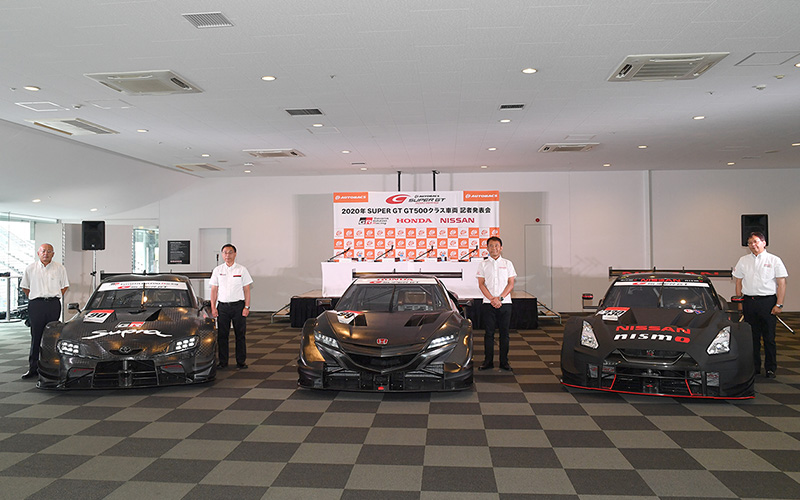 The new model presentation at Suzuka Circuit was open not only to the press but also to serious SUPER GT fans who heard about the event and came to Suzuka to see the cars and hear the presentations. The event began with a speech by Chairman Masaaki Bandoh of the GTA Co., Ltd that organizes SUPER GT.
Chairman Bandoh said: “I am very proud that we are able to introduce the new racecars here today that have been developed in accordance with the new CLASS 1 regulation. From 2020, the GT500 class will be competed by the cars that you will see here today. The new CLASS 1 regulation is one that we at GTA have consolidated jointly with IRT, the organizers of Germany’s DTM series based on discussions with the Japanese and German carmakers involved. The adoption of this regulation now makes it possible for DTM competitors to participate in SUPER GT from 2020, and conversely SUPER GT competitors can also compete in DTM. This globalization of GT competition is a project that GTA and ITR have been pursuing for some time, and this time we have the participation of Honda to develop and all-new car to comply with the CLASS 1 regulation so it can continue competing in SUPER GT next season. We believe for certain that this big first step toward the globalization of GT competition by GTA and ITR is sure to have a big effect on the motorsport world not only in Japan’s SUPER GT and Germany’s DTM series but also on competitions in Asia, Europe and the world going forward.”

The CLASS 1 regulation calls for the engine to be in the front of the car and a drive train driving only the rear wheels in what is commonly known as the FR format. Until now, Honda has been competing in the GT500 class with the Honda NSX-GT machine that has a mid-ship engine placement, but from 2020 all cars must conform to the CLASS 1 regulation with a FR layout. All three racecars introduced here retain the existing 2000cc displacement in an in-line four cylinder direct-injection turbo engine format. 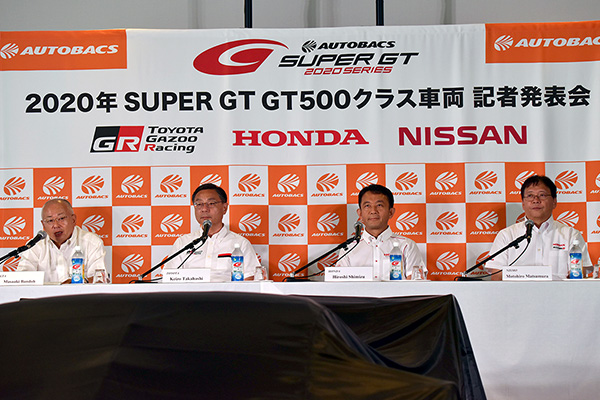 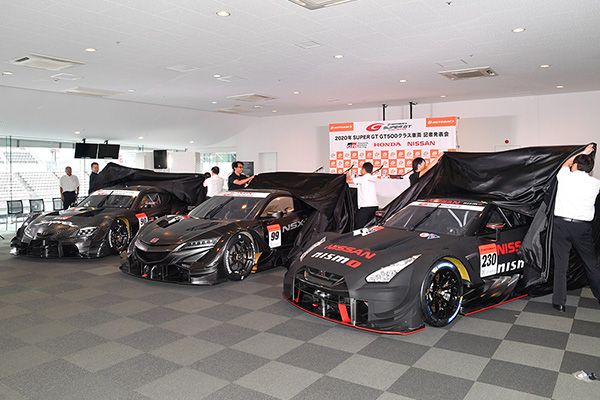 Toyota’s Project General Manager Takahashi said: “As we introduced at the Tokyo Auto Salon in January of this year, this car will compete in 2020 as the GR Supra. It is the first global model based on the GR sports car series developed by Toyota’s GAZOO Racing. The Supra racecars competed in SUPER GT and its predecessor, the All-Japan GT Championship, for 12 years and during that time won four championship titles. It is a car that is still talked about and loved by race fans. To meet the expectations of such Supra fans, our team and TRD have worked together to develop a car that will surely create new legends as the GR Supra from next year.”
By the way, the GT500 Supra brought here today is in the base car A90 model number, and it is shown with a No. 90 race number and the TOYOTA GAZOO Racing logo on the backboard replacing the current the existing LEXUS logo. 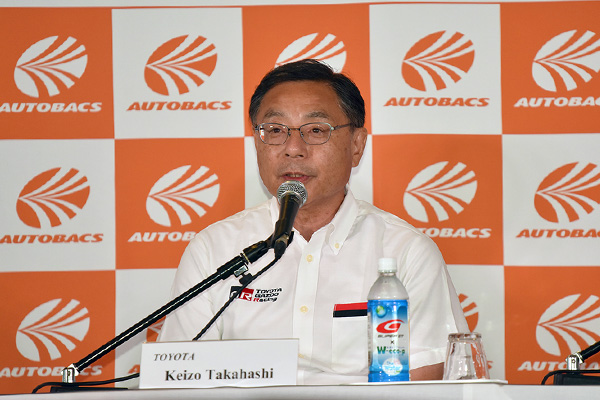 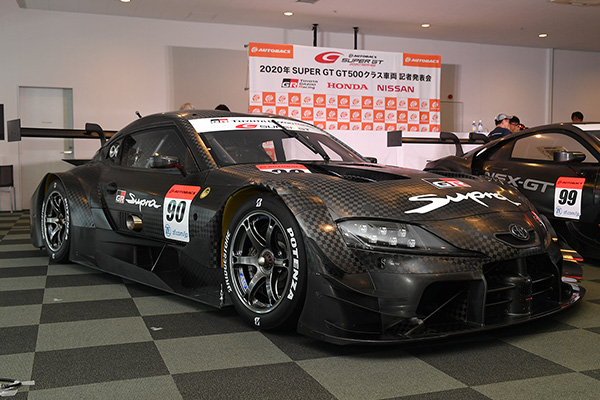 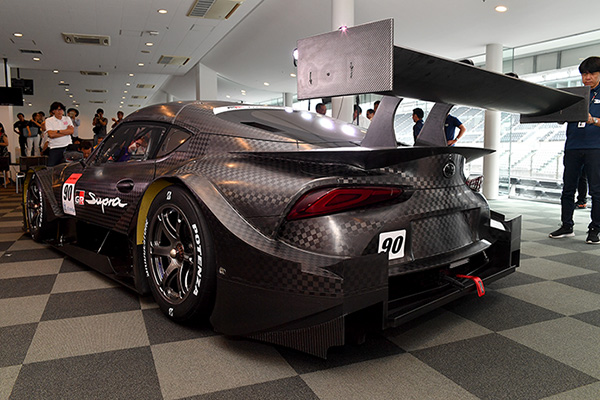 Representing Honda, General Manager Hiroshi Shimizu said, “Honda will compete from next year in the GT500 class with this car based on the 2017 model NSX re-developed to comply with the CLASS 1 regulation. In Germany’s DTM series, cars conforming to the CLASS 1 regulation have been competing since 2019, and cars developed to the same technical regulation will be competing in Japan’s SUPER GT from next year as well as joint events that will certainly provide good opportunities to create new value. We also believe that this will be a great opportunity to get more people around the world familiar with Japan’s SUPER GT category. We have accelerated our development program for this model to ensure that it will have outstanding performance that does the NSX-GT tradition proud.” 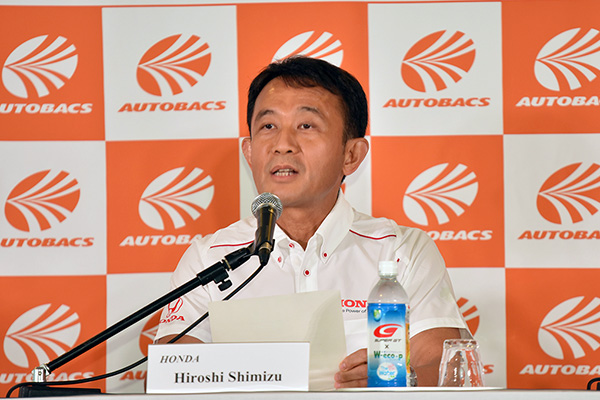 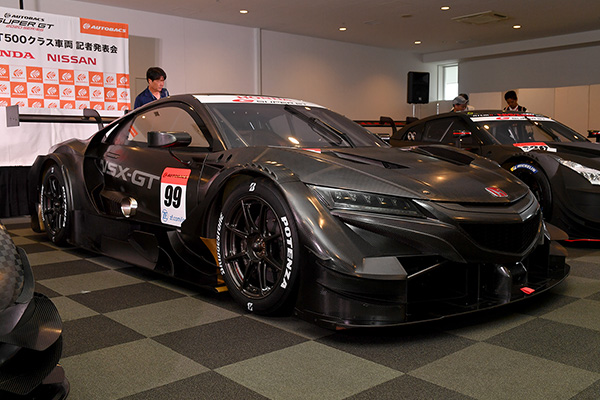 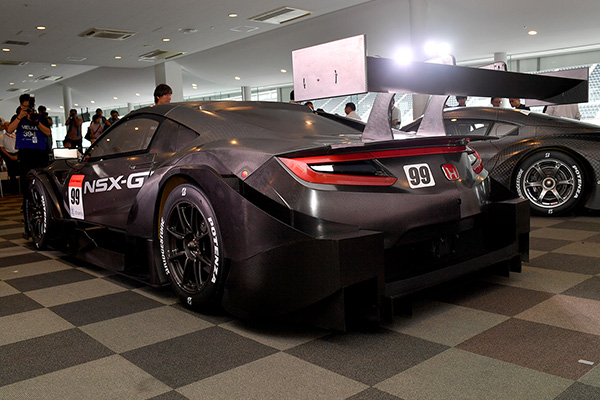 NISMO’s Matsumura COO said: “I am very grateful that, thanks to the efforts of the GTA and everyone else involved in consolidating the new CLASS 1 regulation, we have be able to develop this car to conform to it. Next, I would like to say what a significant opportunity it is for Nissan NISMO to compete in SUPER GT as Japan’s pinnacle GT race series, and that now other makers (DTM’s) Audi, BMW and Austin Martin will be competing in the series under the same regulation, which will surely raise the value of the competition. Also, the CLASS 1 regulation will surely spread around the world and be recognized by more and more people in the motorsport world and contribute to its growth. For 2020, we plan to compete with cars based on the NISSAN GT-R NISMO. Since this is an opportunity to develop and new car, as has been done once every three years, I hope to see us continue to build on the foundation we have built up over the years and with new feedback to achieve new levels of performance going forward.” 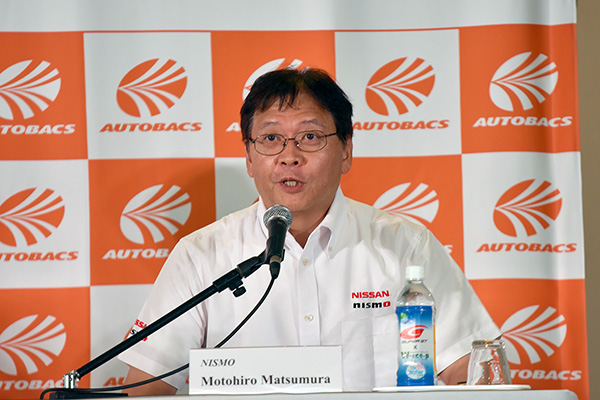 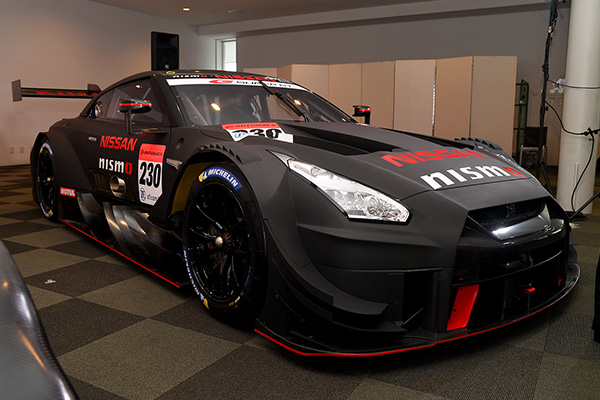 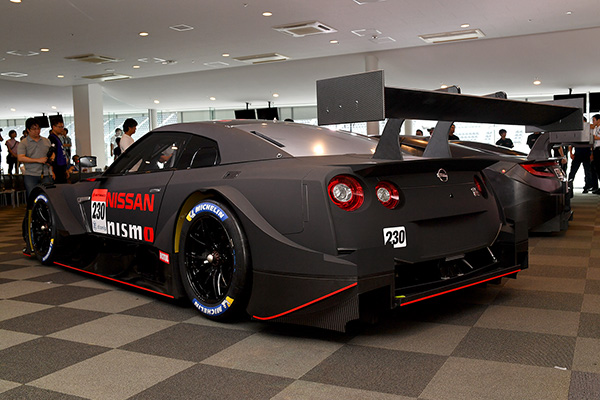 After these presentations, a question and answer session was held for the press, which led to questions about whether the new NSX-GT will adopt the FR layout and why the change to the FR layout. Honda’s General Manager Shimizu responded by saying that it is not a decision that Honda, but a matter of conforming to the new regulation so that Honda can continue to compete. He went on to say that come the dawn of next year’s season he hopes to have a car that can compete well with the TOYOTA and NISSAN machines.