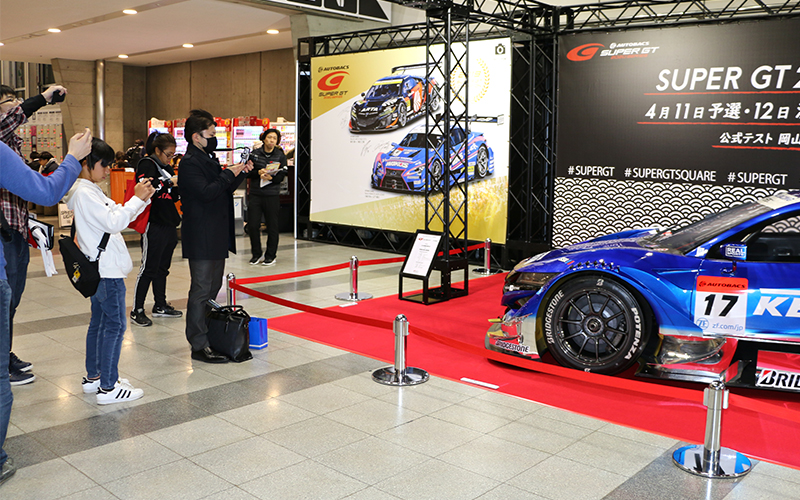 "Tokyo Auto Salon 2020" opened its curtain at Makuhari Messe (Chiba Prefecture) in bright and sunny day on January 10th. Tokyo Auto Salon is a staple new year event for many automobile fans showcasing a variety of customized cars and motorsports vehicles with associated manufacturers, shops, and professional drivers also coming together. Fancy decorated booths of automakers competing in the SUPER GT, including TOYOTA GAZOO Racing, Honda, Nissan, and SUBARU, as well as teams such as TOM'S and Hoshino IMPUL, tire manufacturers, sponsors, and SUPER GT filled the entire floor of the venue. Talk shows and autograph sessions by GT drivers and team managers were hosted at respective SUPER GT related booths along with actual race car on display.

SUPER GT's promotional booth was set up in the same location as last year, in an alley on the second floor of No.7 hall. With the 2019 Driver Champion machine No.6 WAKO'S 4CR LC500 along with No.17 KEIHIN NSX-GT and No.3 CRAFTSPORTS MOTUL GT-R on display, the area offered a photo point for the fans to take a souvenir photo. Fans could also apply or renew their membership to the 2020 Supporter's Club at the booth. 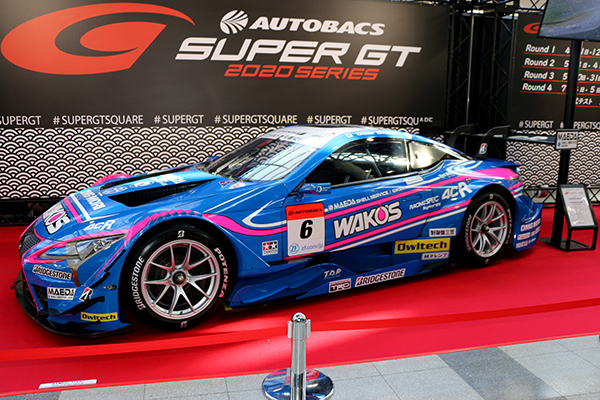 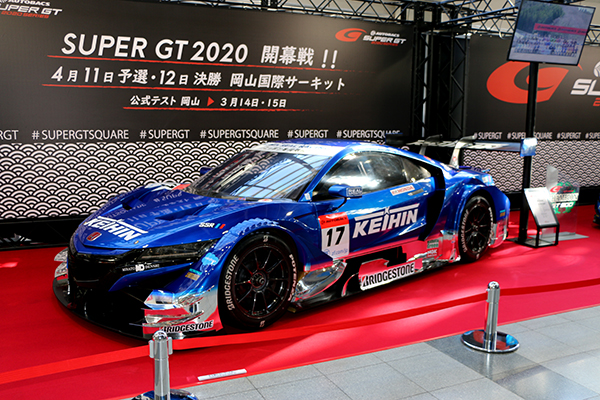 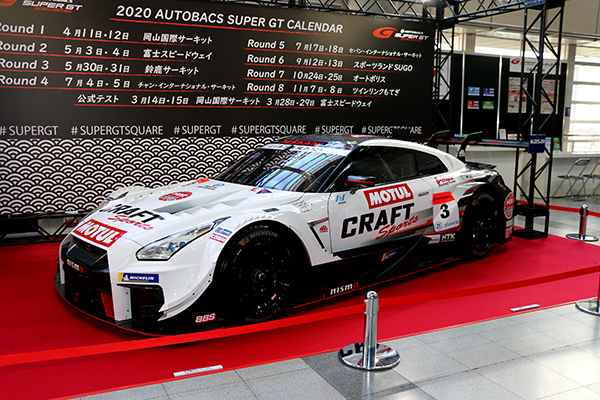 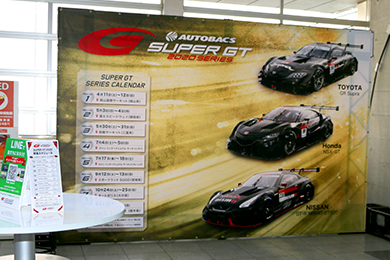 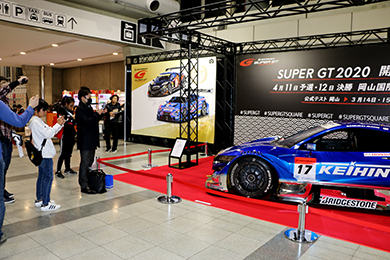 SUPER GT machines are on display across the venue! You can even find new cars in this year's livery.

Actual race cars were put on display at many SUPER GT related booths. Fans were able to have an upclose look at the race cars from not only last year but also from past years as well as the new 2020-model GT500 machines everybody's talking about and brand new GT300 race cars and existing cars with new livery. 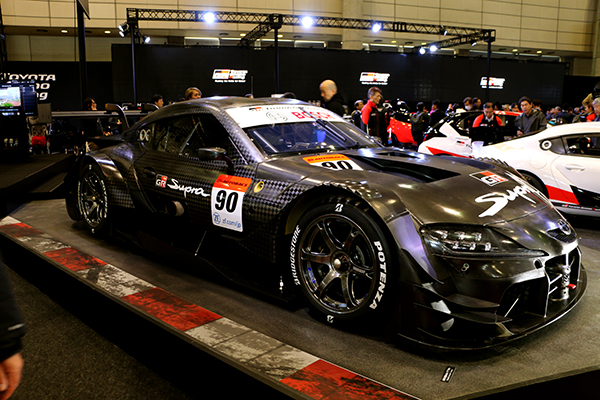 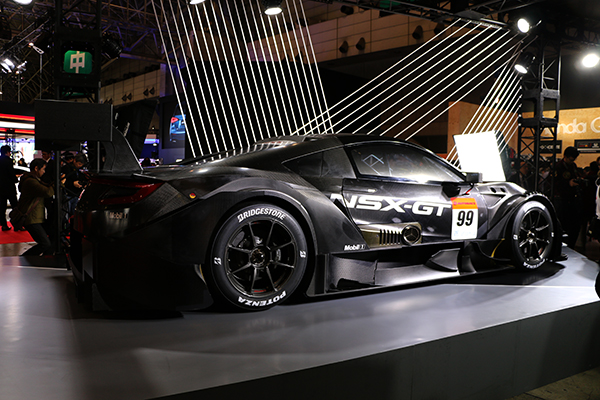 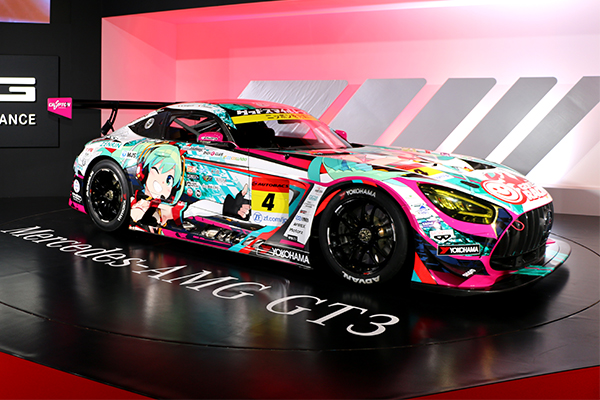 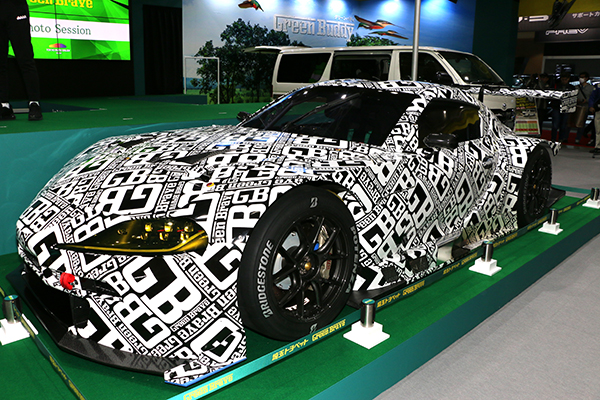 With massive number of automobile fans visiting every year, a wide variety of events and programs were offered across the booths along with cars on display at Tokyo Auto Salon. Many famous faces from SUPER GT, including drivers and team managers, participated in the preseason event to make appearances in talk shows and autograph sessions. 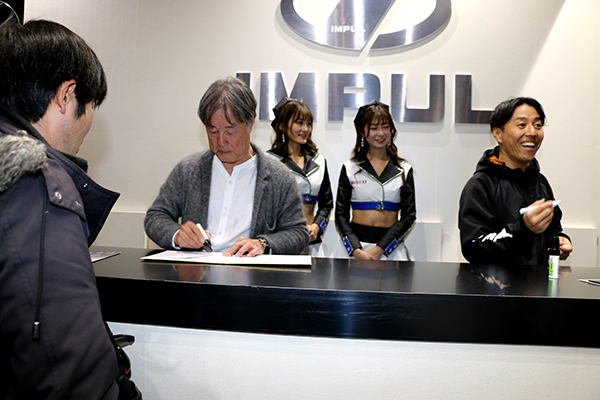 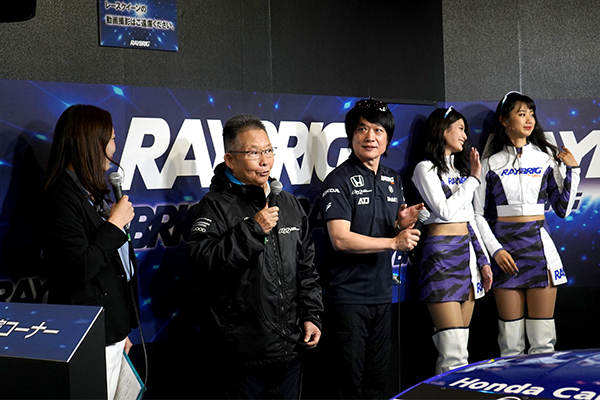