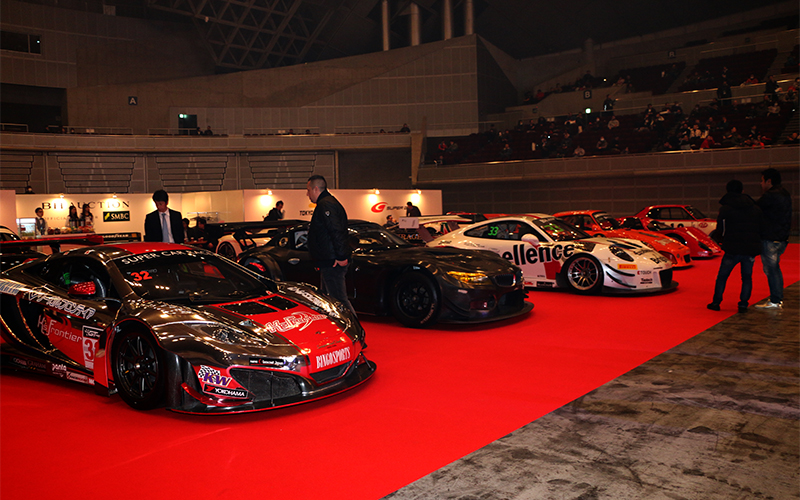 First of its kind in Japan, an auction with only race cars in the lots, SUPER GT AUCTION-TAS was held on the first day of Tokyo Auto Salon (Makuhari Messe, Chiba Prefecture) on January 10 under a collaboration between Best Heritage Japan Co., Ltd and GTA, and ten historic race cars were bid and sold at a high value one after the other.

BH Auction has started to hold an auction of collectable cars at Tokyo Auto Salon since two years ago. This year the company established a partnership with GTA and featured an auction named "SUPER GT AUCTION-TAS" with only race cars.

BH Auction CEO Shinji Takei as well as partnering companies gave welcome remarks before the beginning of the auction. 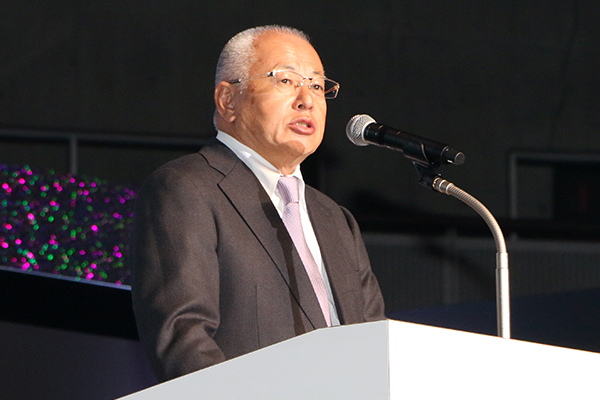 GTA Chairman Masaaki Bandoh also appeared on the stage after a SUPER GT promotional video that was shown following the opening remarks. "GTA and Best Heritage Japan Co., Ltd established an official partnership in May last year, and we took the cars in the auction today and executed a preview event at SUPER GT x DTM Dream Race last November. BH Auction is now a series partner of SUPER GT this year, and we are working together in planning collaborative auction by two companies. I am expecting to see cars related to SUPER GT put on auction in future. There are many events with classic race cars at overseas, but, unfortunately, Japan is still in development. We see many opportunities for a wide variety of events through this collaboration like a SUPER GT classic race where people who purchased race cars in an auction can actually drive the car on a circuit where SUPER GT is held." Chairman explained the background of the SUPER GT AUCTION-TAS and future development of the collaboration.

The auction commenced with an opening declaration by Masaaki Sakai, a famous Japanese actor and the chairman of BH Auction, with his humor that filled the floor with laughter.

First item of the auction was a Ralt F3 race car owned by TOM'S, a SUPER GT team, which was put for charity. TOM'S Chairman Nobuhide Tachi was invited onto the stage by Sakai and told that the final bid amount will be donated at full. The price started from 0 yen and quickly rose to a high value. At the end, the bid came to a close by a fall of hammer by Chairman Tachi.

Then the auction moved to the real sale lots. Lancia Stratos Stradale raced in WRC coveted by all supercar maniacs, Nissan Skyline 2000 GT-R (KPGC10), LM07 Toyota / Group C, and many more rare cars were bid and sold one after the other.

Porsche 991 GT3 R that competed in SUPER GT in 2016 as well as BMW Z4 (No.60 TWS LM corsa BMW Z4) that won the GT300 class of 2014 SUPER GT Round 6 Suzuka 1000km, which was rolled into the venue with Hiroki Yoshimoto, the winning driver of the race, behind the wheel, were also in the ten cars on auction. "This is the true winning car filled with memory from the winning moment which I would want if I had the money." Yoshimoto expressed his feeling towards the race car. With the car still capable to run on a circuit despite different livery from then, it was sold at a high value. 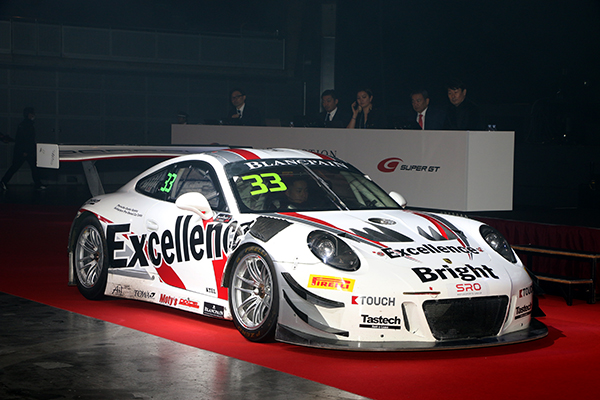 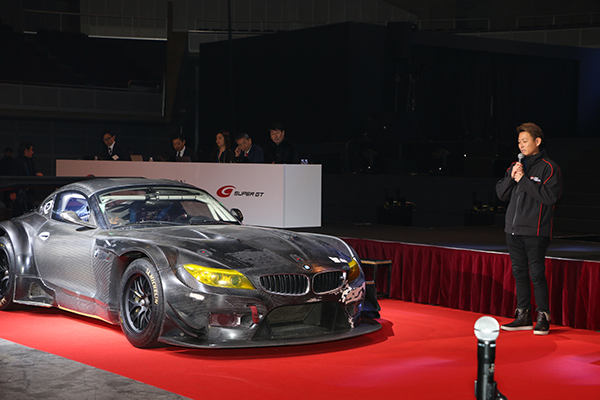