The virtual event will be competed by active racing drivers from SUPER GT. Three drivers from each of the three manufacturers, a total of nine drivers, are participating from GT500 class. GT300 class is sending nine drivers from former champion to rookie. In addition, the rich lineup of drivers is completed by two Legend drivers, Satoshi Motoyama and Juichi Wakisaka, to consist a total of 20 drivers.

The virtual race will be held by using PlayStation®4 software "Gran Turismo Sports" and each driver will join via online for a race on Fuji Speedway. Moreover, SUPER GT Race Director Naoki Hattori will also participate to control and operate the competition in the same manner as the official race, making the event indeed a special race of SUPER GT on "Gran Turismo Sport" platform.

The amazing collaboration will be premiere on SUPER GT Official Channel on YouTube at 7PM on Sunday, June 21. Premiere allows everybody to watch the first broadcast of the video together and leave comments in Chat which will remain with the video. The video will also be available after the premiere for viewing. SUPER GT welcomes all fans to enjoy this inaugurating virtual event that offers a similar experience as a live broadcast of SUPER GT. 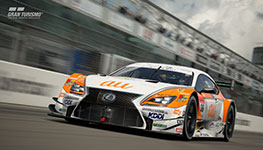 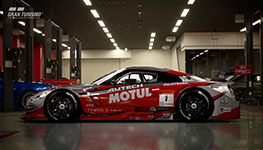 ※Above images of race car are an example only and different from the cars used in "SGT × GTS Special Race".

Livery data will be created based on a Gr.3 category car (GT3 car, etc.) of the Gran Turismo Sport for the race.
Details on how to submit the data will be announced soon via SNS, etc.