2020.07.31
【Round 2 Preview】 Round 2 making another stop at Fuji back-to-back! Will the story be different from the season opener? 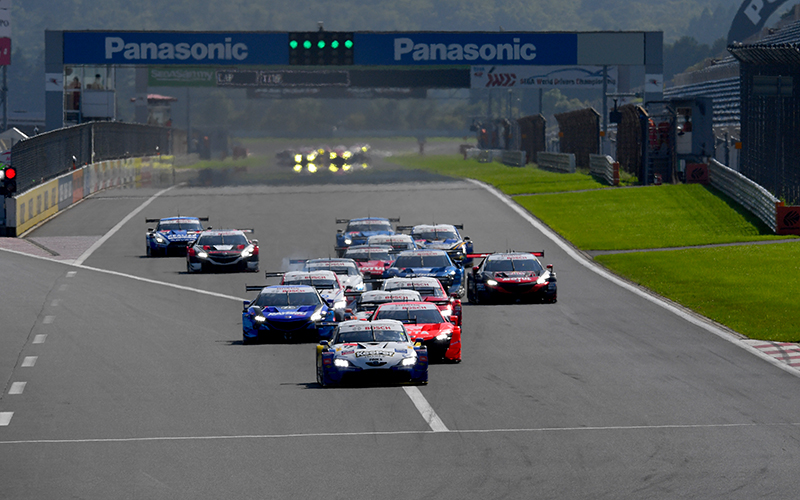 Exactly 3 weeks from the long-awaited season opening round. While the excitement still remains, Fuji Speedway will set the stage once again for a back-to-back race after the season opener for the 2020 AUTOBACS SUPER GT Round 2 "Takanokono Hotel FUJI GT300km RACE" held on August 8 (Saturday, Qualifying) and 9 (Sunday, Race). The season opening round revealed the unbelievable potential of TOYOTA GR Supra which scored a win in both classes. However, the rivals would not be sitting idle either. The format of event will return to 2-day event which would give the teams more flexibility to respond to different situations. Handicap weight will also be applicable from Round 2 and that can create the battle to be much tighter. In addition, with all 30 cars entered in the series taking part in the upcoming race, the heat in the GT300 class can get even hotter than the season opener.

■Is the rain season finally over? Let's get ready for more intense battle at Fuji!!

Long-lasting rain season continued throughout entire July in not only Japan but also in all parts of East Asia, but it seems the weather will turn out much more summerlike as we enter August. Drivers and cars will probably have to face one more enemy, the high temperature and heat.

The second stop at Fuji in a year has usually been a long-distance summer race in past years, but the schedule has been modified for this season and it will be a 300km race like the season opener. This would allow the teams to utilize the data from the previous race to further fine-tune the car setting. Also, Round 2 will return to 2-day event with the qualifying on Saturday and the race on Sunday as in usual series events. Unlike restless 1-day event where there is not sufficient time to deliberate the setting, we can expect the battle to be in a higher level and higher quality in all aspects if compared with the 1-day event.

In the GT300 class, Q1 of the qualifying will continued to be divided into two groups as it was at the season opening round. The teams will be separated between odd-number (Group A) and even-number (Group B) groups based on their point-ranking position after the season opener. With only 15 cars on the track during the Q1 attack, the chance of getting caught up by a slower car will reduce, hence, we can expect to see more up-to-the-limit attacks from each car. 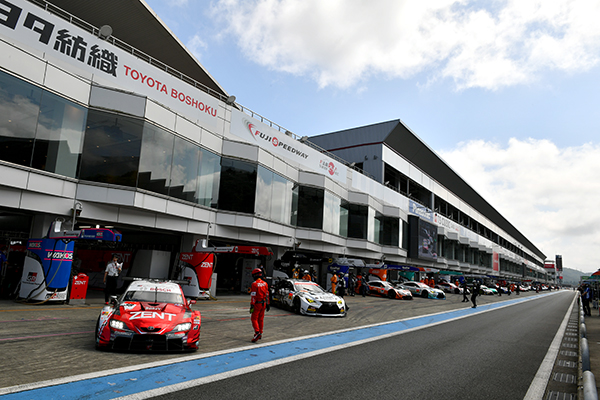 ■GR Supras were unbeatable at season opener! Can they hold up the advantage?

TOYOTA GR Supra GT500 squad dominated the top 5 at the opening round of 2020 season led by No.37 KeePer TOM'S GR Supra (Ryo Hirakawa / Nick Cassidy) completing a pole-to-win. It was a complete dominance by GR Supra showing unmatchable strength despite being their debut race. Giving the second round will be a 300km race once again at the same Fuji, many would pick one of the GR Supra teams if they were to predict safely.

With the handicap weight system of the GT500 class staying the same as last year, even No.37 car with a win only has to load 42kg, and the cars should be able to keep the quickness and speed. Reputed as clever race tactician, TEAM TOM'S could be coming in looking for 1-2 with No.36 au TOM'S GR Supra (Yuhi Sekiguchi / Sacha Fenestraz) taking the win this time. 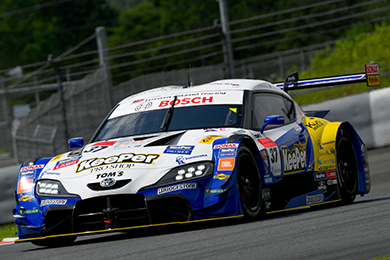 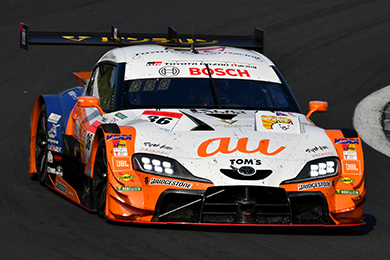 However, No.38 ZENT GR Supra (Yuji Tachikawa / Hiroaki Ishiura), also known as "Fuji meister", may not allow that to happen. Tachikawa, who is the only "tamer" of predecessor Supra now, would definitely want to score a win here. The season opening round became a frustrating race after failing in the qualifying for No.14 WAKO'S 4CR GR Supra (Kazuya Oshima / Sho Tsuboi) led by GT500 defending champion Oshima. Considering they managed to bounce back strong in the race to finish at third, the team would want to compete the race in perfection this time to give them good momentum for a consecutive title.

No.39 DENSO KOBELCO SARD GR Supra will miss Heikki Kovalainen again in upcoming race. The team is giving a shot at Sena Sakaguchi (competed the previous race with No.96 K-tunes RC F GT3), who has already scored a win despite being a 1st year GT300 class freshman, as the substitute for Kovalainen. The new combination of Sakaguchi, who is making his GT500 debut, and Yuichi Nakayama, who is leading the team in place for Kovalainen, is a sure eye-catcher of the second round. 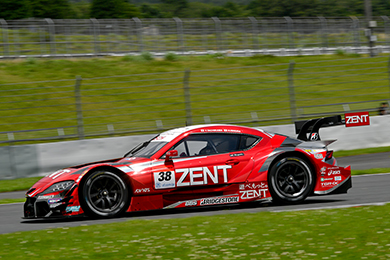 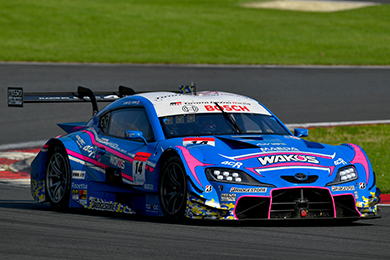 ■It's only been one race in the series. NSX-GTs and GT-Rs are baring fangs for retrieval.

Honda NSX-GT squad matched up well against the GR Supra fleet at the official test at Fuji in June as well as in the qualifying of the season opening round. However, they lost the speed and faded out in the dust in the second half of the race possibly due to a wrong selection of tires. It was indeed a frustrating race for them, but the point of failure is clear. Fortunately, Round 2 is a 2-day event and the fleet would have enough time to pursue the setting of their new NSX-GT. Though the season opener had been unfortunate, the handicap weight on each car would be small in return, therefore, the Fuji race could be a good place for the fleet to strike back. Led by No.8 ARTA NSX-GT (Tomoki Nojiri / Nirei Fukuzumi) and No.100 RAYBRIG NSX-GT (Naoki Yamamoto / Tadasuke Makino), qualified second and fourth at the season opener, respectively, the fleet would want to see NSX-GTs occupying the winning position and the top places this time. 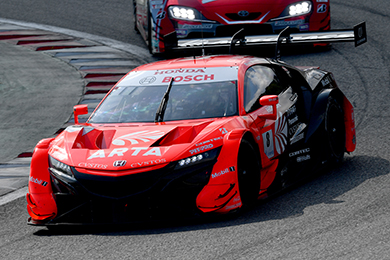 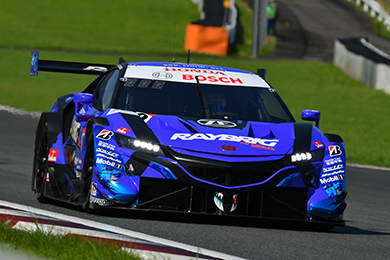 The NISSAN GT-R NISMO GT500 squad couldn't demonstrate their full potential at the season opener. Still, No.3 CRAFTSPORTS MOTUL GT-R (Kohei Hirate / Katsumasa Chiyo) showed steady pace and finished the race at seventh position right behind the top finisher of the NSX-GTs. The data they collected in the race should become an important element for the GT-R squad. Nissan fans would want to expect No.23 MOTUL AUTECH GT-R (Tsugio Matsuda / Ronnie Quintarelli), which boasts a good track record at Fuji, and No.12 CALSONIC IMPUL GT-R (Daiki Sasaki / Kazuki Hiramine) to join force with No.3 car to make a big leap forward or even be engaged in the fight for the victory. 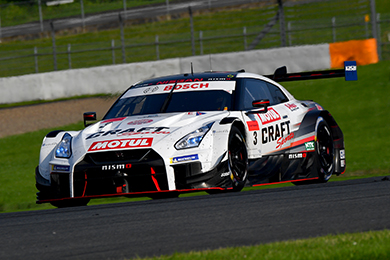 ■Revolt already in GT300!? Are we going to see different faces lined up at top positions?

With the season opener carrying out both the qualifying and the race in one single day, the race appeared to be dominated by the teams that were able to demonstrate consistent speed in both qualifying and race. Out of the successful teams, SAITAMA TOYOPET GB GR Supra GT (Hiroki Yoshida / Kohta Kawaai) with superb performance by their rookie Kawaai grabbed their first ever win by coming from behind from the fourth place in the qualifying. No.52 car would want to keep this momentum in Round 2 also, but, with a change in the handicap weight system of GT300 class, the car now has to carry 60kg. Similarly, No.11 GAINER TANAX GT-R (Katsuyuki Hiranaka / Hironobu Yasuda), finished second at the season opener, will load 45kg of handicap weight. According to the theory, a team should try to score as much point as possible while their handicap weight is small, therefore, the result of Round 2 and 3 would be essential to them. The Nissan team would want to spurt for an upper place finish or luckily a consecutive podium finish. 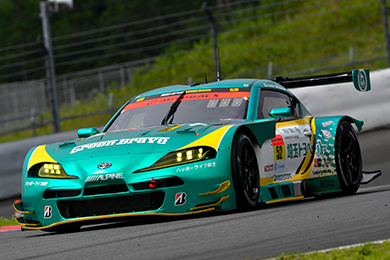 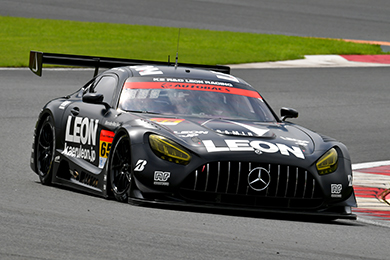 If to name the candidates for winning the second round, it would be the teams that showed good performance but were unable to get the result out. No.61 SUBARU BRZ R&D SPORT (Takuto Iguchi / Hideki Yamauchi), No.31 TOYOTA GR SPORT PRIUS PHV apr GT (Koki Saga / Yuhki Nakayama), and No.2 SYNTIUM Apple LOTUS (Hiroki Katoh / Masataka Yanagida) would head the list. Running in the leading position would sure blow off steam from the frustrating season opener for these teams and that is certainly what expected. The Mercedes - AMG GT3 teams, including No.65 LEON PYRAMID AMG (Naoya Gamou / Togo Suganami), which let a podium finish slip off from their hands despite starting from pole, and No.4 GOODSMILE HATSUNE MIKU AMG (Nobuteru Taniguchi / Tatsuya Kataoka), the NISSAN GT-R NISMO GT3 teams, including No.56 Realize Nissan Automobile Technical College GT-R (Kiyoto Fujinami / Joao Paulo de Oliveira), which made a leap in the race, and No.10 TANAX ITOCHU ENEX with IMPUL GT-R (Kazuki Hoshino / Keishi Ishikawa), and the Honda NSX GT3 teams, including No.55 ARTA NSX GT3 (Shinichi Takagi / Toshiki Oyu) and No.34 Modulo KENWOOD NSX GT3 (Ryo Michigami / Jake Parsons), are definitely playing the key role in generating excitement of the race.

GT300 class will have all 30 cars in participation by adding No.35 arto RC F GT3 (Sean Walkinshaw / Nattapong Hortongkum), which absented the season opener due to the COVID-19 issue. There is no doubt the competition will get more intense, more heated. 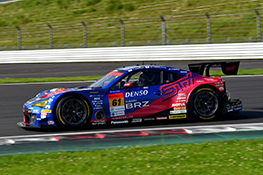 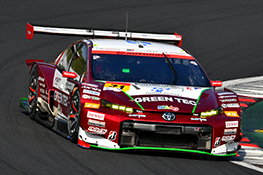 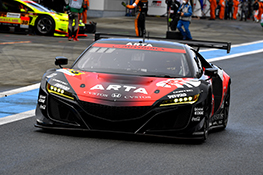 The battle at the 2020 AUTOBACS SUPER GT Round 2 "Takanokono Hotel FUJI GT 300km RACE" is anticipated to be fiercer, and every moment will be broadcast by the same broadcaster as the season opener, J SPORTS. SUPER GT Plus, a TV program broadcast via the network of TV Tokyo, will also showcase digests and backstage story of the race (both broadcast only in Japan. For overseas, it will be viewable by The Race, a YouTube channel). Although the race will continue to be held without spectators, all drivers and teams are set to give 100% for the fans watching through the TV screen.