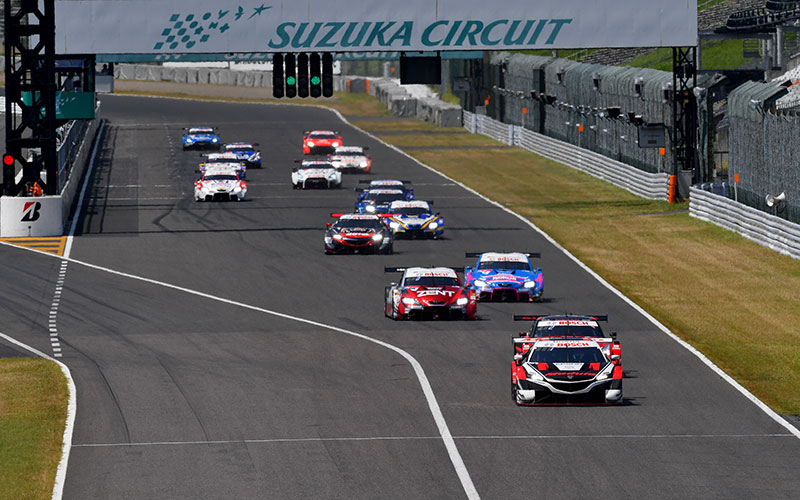 2020 AUTOBACS SUPER GT Round 6 "FUJIMAKI GROUP SUZUKA GT 300km RACE" is underway at Suzuka Circuit in Mie Prefecture from Oct 24th (Saturday, Qualifying) to 25th (Sunday, Race). This is a second stop at Suzuka this season, but with the cooler weather as well as the most difficult handicap weight situation of the season, the race can be a lot different from the Round 3. What we know and what stays unchanged, though, is that the globally renowned technical track of Suzuka will for sure showcase an exciting race filled with fierce battles and a lot of dramas. Round 6 will be the first cut of the championship competed over 8 races. It is certainly a race you cannot miss.

■GR Supra squad loads heavy handicap weight. Who will take advantage of that?

In the previous race at Fuji, No.39 DENSO KOBELCO SARD GR Supra (Heikki Kovalainen / Yuichi Nakayama) and No.14 WAKO'S 4CR GR Supra (Kazuya Oshima / Sho Tsuboi) completed one-two for the GR Supra squad. That also brought one-two in the driver standing to the squad with the No.14 Oshima / Tsuboi duo at top and the Ryo Hirakawa / Nick Cassidy team of No.37 KeePer TOM'S GR Supra placing in second position. Other GR Supra teams have also been producing outstanding results, but the impressive performance is causing, in return, 5 out of 6 cars of the squad to carry a handicap weight of 60kg or more and that could be critical in the fight for the win.
The difficult situation the top performing teams have to face could create an opportunity for No.19 WedsSport ADVAN GR Supra (Yuji Kunimoto / Ritomo Miyata). Rather light handicap weight of 14kg and the speed that granted a third place in the qualifying at the previous race at Fuji despite finishing the race with no point due to unfortunate incident would provide the team a chance to claim the victory. Together with the impressive drive GT500 rookie Miyata has been showing, the team must be coming in locked on the win at the Suzuka race. Still, the chance to win is not too low for No.38 ZENT GR Supra (Yuji Tachikawa / Hiroaki Ishiura), which a trouble ended their fight despite being in the top contention in the previous race held at Suzuka, and No.36 au TOM'S GR Supra (Yuhi Sekiguchi / Sacha Fenestraz) holding a good track record at Suzuka. 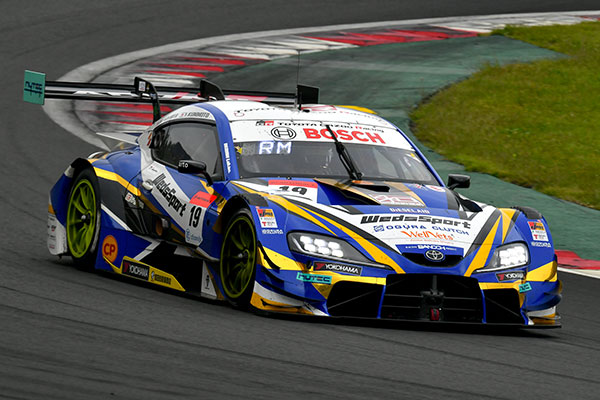 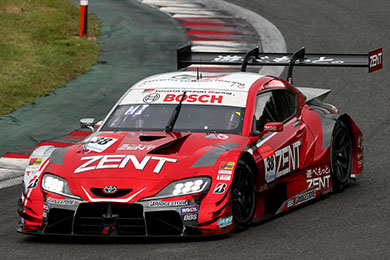 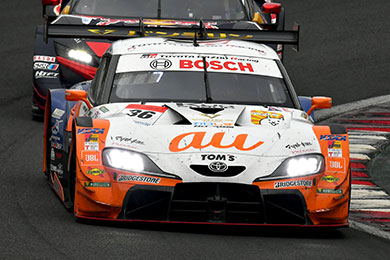 ■NSX-GT aims to dedicate 3rd win to the fans at Honda's home.

Honda NSX-GT fleet enjoys two wins so far in this season with No.17 KEIHIN NSX-GT (Koudai Tsukakoshi / Bertrand Baguette) winning the Round 2 Fuji and Round 4 Motegi. The fleet must be eager to win at the home track Suzuka especially when Honda is celebrating the 30th anniversary of NSX this year.
This would be the perfect chance to win for No.8 ARTA NSX-GT (Tomoki Nojiri / Nirei Fukuzumi) with no win despite getting the pole position twice this season and No.64 Modulo NSX-GT (Takuya Izawa / Hiroki Otsu), the pole-sitter of Round 3 Suzuka. No.16 Red Bull MOTUL MUGEN NSX-GT (Hideki Mutoh / Ukyo Sasahara) could also be nominating itself for the role to bring in a third win of the season for the NSX-GT squad since things are starting to work for the team recently, getting a highest qualifying result of the season at the Round 3 Suzuka with fifth place and a best race result at the Round 4 Motegi finishing in third place. 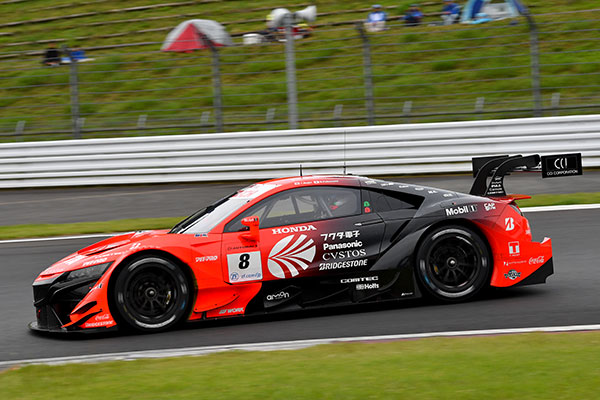 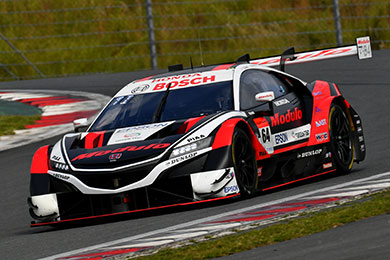 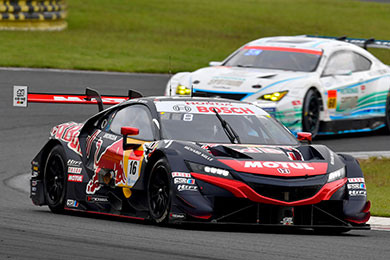 ■Round 3 Suzuka winner GT-R needs to take advantage of its suitability to the track.

Previous stop at Suzuka, the Round 3, was claimed by No.23 MOTUL AUTECH GT-R (Tsugio Matsuda / Ronnie Quintarelli). The 2020-model of the NISSAN GT-R NISMO GT500 is strong on the technical tracks like Suzuka, and, hence, the squad must be considering the upcoming Suzuka race as the biggest opportunity to score a win for other teams beside the No.23. The chance is still there for the No.23 car also with the handicap weight being 50kg, and their aim would be to make a big leap towards the title by completing back-to-back Suzuka win.
No.12 CALSONIC IMPUL GT-R (Daiki Sasaki / Kazuki Hiramine) and No.24 Realize Corporation ADVAN GT-R (Mitsunori Takaboshi / Jann Mardenborough) have not been able to produce results due to troubles and mistakes despite showing the speed, but they must be considering the Round 6 as the highest possibility for a win of this season since all cars in the top group need to load a heaviest handicap weight at upcoming race. 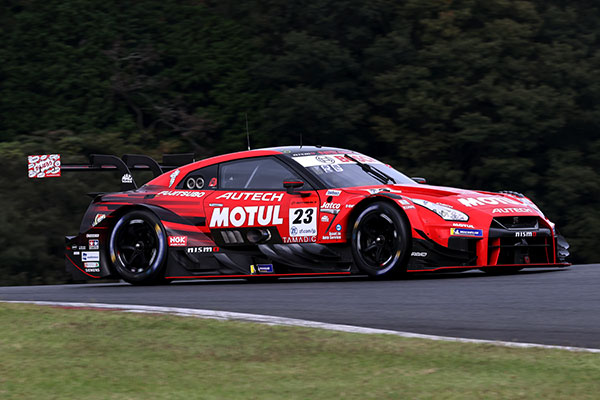 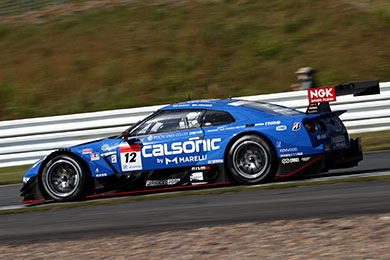 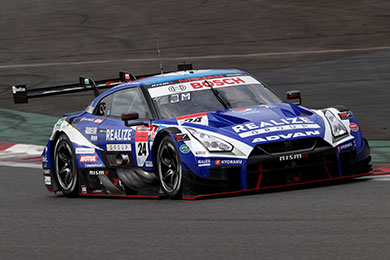 ■Light handicap weight teams are set to strike back in GT300!?

Handicap weight is calculated by multiplying the scored points by 3kg this season in the GT300 class and that requires five teams from the top to fifth in the point ranking to load the handicap weight limit of 100kg on their car at the Round 6 Suzuka. There are also two teams with a handicap weight in the 90kg range, and these 7 teams in the top group can be considered as the favorites for the title. Although No.65 LEON PYRAMID AMG (Naoya Gamou / Togo Suganami) was able to stay competitive and finish third even with 100kg of handicap weight at the previous race at Fuji to put itself to the top of the point standing, the top teams may need to settle with a strategy for finishing in a higher position within the top 10 as much as possible in the upcoming race since the handicap weight would have more impact to the performance on the technical track of Suzuka.
For the Round 6 Suzuka, then, we should probably look at the teams with the handicap weight of 40kg or below for finding who will be fighting for the pole and the win. First up would be three time GT300 champion No.4 GOODSMILE HATSUNE MIKU AMG (Nobuteru Taniguchi / Tatsuya Kataoka). The team is yet to deliver a result with some bad lucks this season, but there is no doubt they are fully capable. No.31 TOYOTA GR SPORT PRIUS PHV apr GT (Koki Saga / Yuhki Nakayama), which has been fast in the qualifying, is also a team to keep eyes on. Last year's Suzuka winner No.96 K-tunes RC F GT3 (Morio Nitta / Sena Sakaguchi), No.34 Modulo KENWOOD NSX GT3 (Ryo Michigami / Jake Parsons), and No.25 HOPPY Porsche (Takamitsu Matsui / Kimiya Sato) should also be capable of contesting for top places.
No.6 ADVICS muta MC86 (Ryohei Sakaguchi / Kazuto Kotaka) with the speed that clinched the pole position twice at Fuji could be taking a part in the top group if the team can utilize the flexibility in the setting the mother-chassis cars offer and set up the car to suit Suzuka.
Q1 qualifying will be carried out in two groups, Group A and B, in the GT300 class again at Round 6 Suzuka. Teams with a large handicap weight would be fighting to stay in Q2 and the teams trying to reach out for a win would be pushing hard to make sure to pass Q1. The actions and excitements will be starting right from the qualifying once again at Suzuka and it shouldn't be missed. 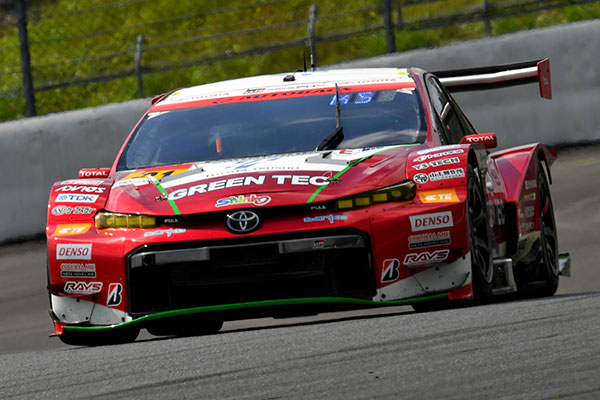 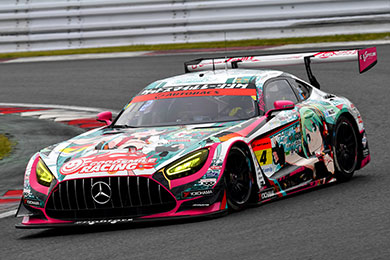 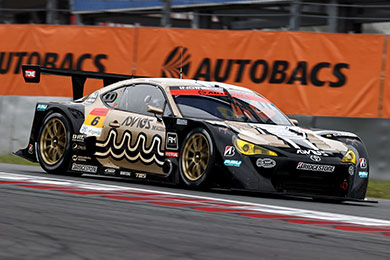 Round 6 Suzuka is certainly a climax of the 2020 AUTOBACS SUPER GT. Limited number of spectators are back at the circuit from the previous Fuji race, and we can count on the drivers and teams to showcase up-to-the-limit performance and fierce battles on the track with enthusiastic support from the fans showing up at Suzuka. For the fans who cannot visit the circuit, the exciting race will be viewable through the broadcast by J SPORTS on live, on demand, and recorded program, the SUPER GT Plus, a TV program broadcast via the network of TV Tokyo, or the official app (all channels offered only in Japan. For overseas, it will be viewable by The Race, a YouTube channel), so don't miss it!