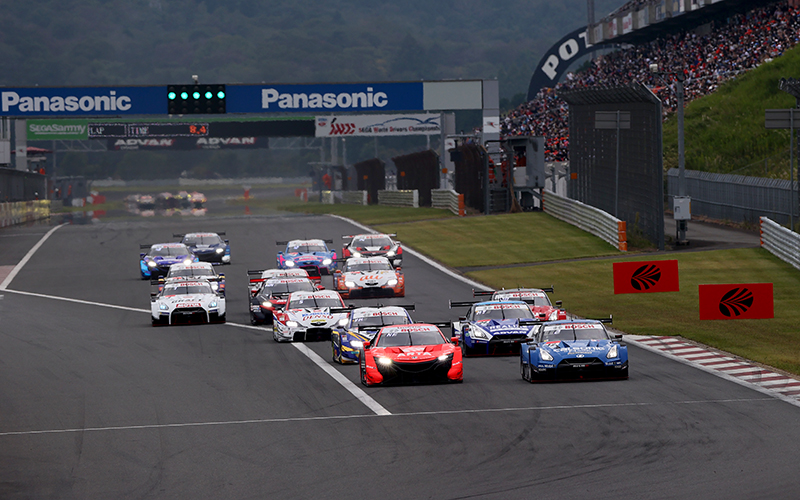 2020 AUTOBACS SUPER GT is arriving to its final round. Round 8 Takanokono Hotel FUJI GT 300km RACE, where the champions of the season are decided, will be held on November 28th (Saturday, Qualifying) and 29th (Sunday, Race) at Fuji Speedway in Shizuoka Prefecture. Symbolic of the 2020 season showcasing close and intense competition, there are still 10 candidate teams for the driver title in GT500 class and 7 candidate teams in the GT300 class remaining as the series moves on to the last race. Competition is much tighter in the GT500 and the win at Fuji would bring the title to their hands automatically for many teams. With no handicap weight, 300km long race, and full of data accumulated from last three stops at Fuji this year, we can expect to see ever fierce side-by-side battles by the cars fighting for a few tenths of a second at all over the circuit during the qualifying as well as the race. You can't miss the exciting, emotional last and final goal of the year 2020.

■6 teams have a chance to clinch the GT500 crown on their own by winning the race! (additional condition applies to some team)

In usual years, there would be about 5 teams, practically 3 or 4 teams, remaining with a chance to win the driver title at the last round in the GT500 class, but this season there are still 10 teams remaining with possibility for the title.
5 teams would be able to nail the title by winning the race of the final round. First up is the Koudai Tsukakoshi / Bertrand Baguette duo of No.17 KEIHIN NSX-GT ranked number 1 in the driver point standing. Ryo Hirakawa of No.37 KeePer TOM'S GR Supra (partnering with Kenta Yamashita from last round) is at second position with same amount of points. Tsugio Matsuda / Ronnie Quintarelli with No.23 MOTUL AUTECH GT-R and Naoki Yamamoto / Tadasuke Makino of No.100 RAYBRIG NSX-GT are 2 points behind the top. Tomoki Nojiri / Nirei Fukuzumi driving No.8 ARTA NSX-GT is down by 3 points from the top. Although with an additional condition of needing to score 1 point by clinching the pole position, Kazuya Oshima / Sho Tsuboi of No.14 WAKO'S 4CR GR Supra still have a chance to grab the title on their own by winning the race.
Any of above teams can become champion by winning the race, but, considering such small point difference, their minimum requirement is to finish the race in front of their rivals. The regulations says that in a tie situation the team with more number of wins would be given the higher place, and, thus, No.17 and No.23 cars with 2 wins have a little bit of advantage whereas No.100 and No.14 car with no win would want to score a win here to clinch the title. 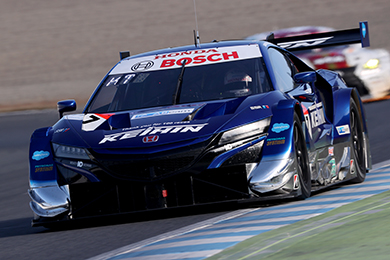 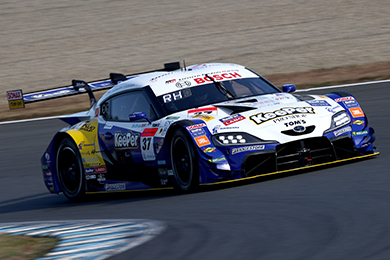 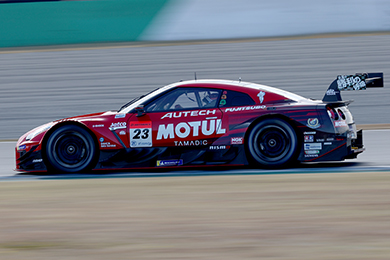 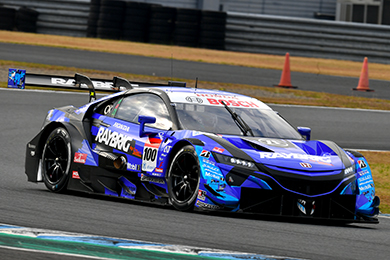 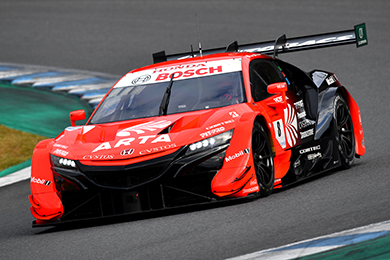 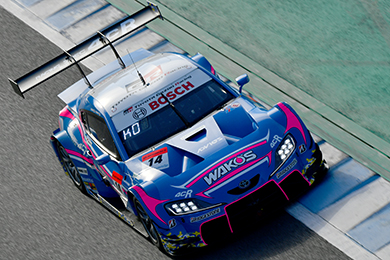 ■Podium or victory is a must for 4 teams.

Yuhi Sekiguchi / Sacha Fenestraz in No.36 au TOM'S GR Supra and Yuichi Nakayama of No.39 DENSO KOBELCO SARD GR Supra (partnering with Heikki Kovalainen since Round 3) are 6 points behind the top ranked No.17 car, and they must finish on the podium and then depend on the result of their rivals.
The Yuji Tachikawa / Hiroaki Ishiura duo of No.38 ZENT GR Supra and Takuya Izawa / Hiroki Otsu of No.64 Modulo NSX-GT are in must-win situation. The situation is actually a bit difficult for No.64 car since they have to score 21 points by completing a pole-to-win and then have No.17 finish with no points and other drivers in the top places of the point standing to collapse. 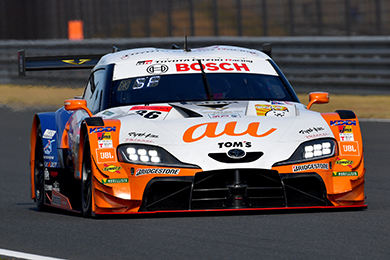 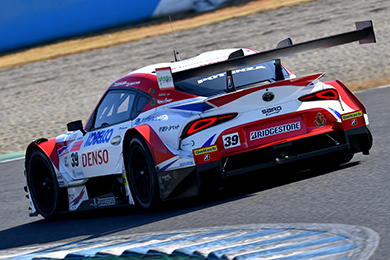 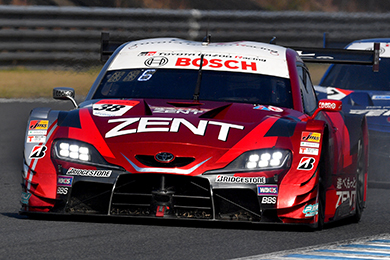 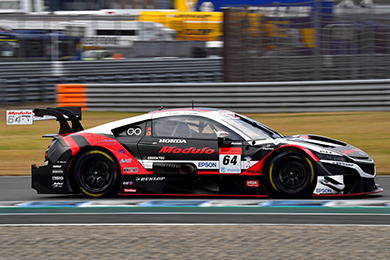 ■Everybody wants to conclude with victory at Final round.

The stage of the final race, Fuji, hosts two rounds in usual years and four races this season, therefore, most of the teams have a rich pool of accumulated data as well as experience. Especially for the champion candidates, many have either won or finished in the top group in the past and, thus, there are not much of advantageous or disadvantageous in terms of driver's suitability to the track. But, still, if to point out, TOYOTA GR Supra appears to be in a better position this season, however, the momentum of the Honda NSX-GT squad that dominated the top 5 spots at previous race could be threatening to other fleets.
Air and track surface temperatures could also be a significant factor. Considering the event is held in the last week of November when the track surface temperature could be very low, wrong choice of tire or insufficient engine warm-up could create a huge impact. We can also anticipate to witness total reverse of situation in fast-paced cars and slow-paced cars between first and second halves of the race, similar to what had happened in last year's SUPER GT x DTM special inter-series event as well as in the Fuji Sprint Cup race in the past. It sure will demand the experience and the ability to make decisions from not only the drivers but also from the team and engineers.
Even for the teams that are not involved with the title contention at the final round, upcoming race is one race they would want to win for next season. Teams with no win and that are standing at a position in the points where they were not expected to be this season can be taking a drastic approach aiming just to win. If the approach succeeds, then there could be a ripple effect to the title contention. Above is just a prediction, but it also makes us certain that our eyes should be kept on all 15 teams of the GT500 class at the finale held at Fuji.

■Are top 3 teams in ranking the only favorite in GT300 title contention?

7 teams still possess a possibility to win the driver title at the final round in the GT300 class. The point standing is led by the Kiyoto Fujinami / Joao Paulo de Oliveira duo of No.56 Realize Nissan Automobile Technical College GT-R. They can clinch the title on their own by winning the race or still by finishing in second place if they can get the pole position. Following the No.56 car by 5 points, Naoya Gamou / Togo Suganami in No.65 LEON PYRAMID AMG can become champions if they complete a pole-to-win. Fifth place finish or above is a minimum. No.56 car would be in the higher position if the two teams finish in the same points because No.56 car has 2 wins and 1 second-place finish, therefore, for No.65 car, it would be important to keep the pressure on by running in front of No.56 car from the qualifying.
Katsuyuki Hiranaka / Hironobu Yasuda of No.11 GAINER TANAX GT-R at 13 points behind No.56 car would at least need to finish the race in second place and have No.56 car finishing in ninth place or lower and No.65 finishing in fifth place or lower to keep the chance alive. Given the duo has a long experience in the series and been showing toughness especially at the final rounds and Fuji, they are undoubtedly a team that should not be underestimated. 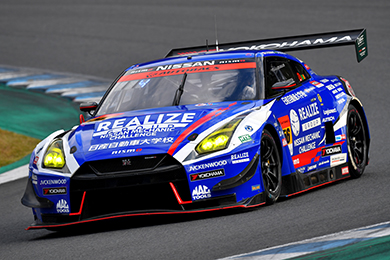 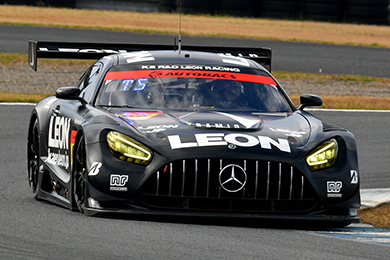 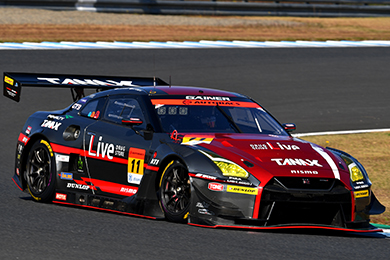 Hiroki Yoshida / Kohta Kawaai of No.52 SAITAMATOYOPET GB GR Supra GT, Takuto Iguchi / Hideki Yamauchi of No.61 SUBARU BRZ R&D SPORT, Toshiki Oyu of No.55 ARTA NSX GT3 (partnering with Nobuharu Matsushita from last round), and Nobuteru Taniguchi / Tatsuya Kataoka in No.4 GOODSMILE HATSUNE MIKU AMG still have a possibility for the title, but they must win the race in order to clinch the title. No.4 car, in addition, will fall out from the contest if they cannot score the one point awarded by the pole position in the qualifying.
In a practical view, it can be said that the GT300 title contention is a head to head competition between No.56 and No.65 cars. However, once these two cars drop out from the scope of points, then the situation will change dramatically. No.52 car is the winner of the season opening round held at Fuji, No.55 car, despite lacking Shinichi Takagi, has always been strong at Fuji, and No.61 has been impressive this season in terms of speed. Of course, 4-time class champion No.4 car should be coming in with full force. In addition, the NISSAN GT-R NISMO GT3 user teams, such as Round 2 Fuji winner No.2 SYNTIUM Apple LOTUS (Hiroki Katoh / Masataka Yanagida) and No.10 TANAX ITOCHU ENEX with IMPUL GT-R (Kazuki Hoshino / Keishi Ishikawa) with a good track record at Fuji, are very likely to be targeting to score a win here. Low track surface temperature or weather condition like rain could buoy unexpected dark horses too. 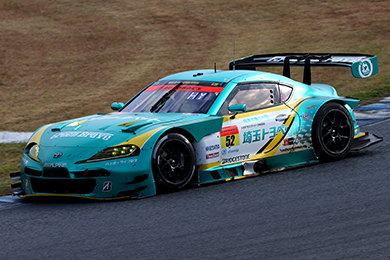 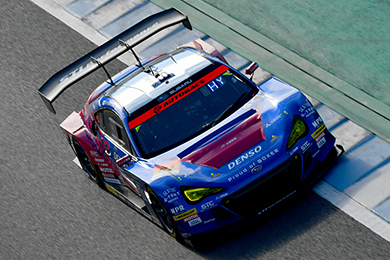 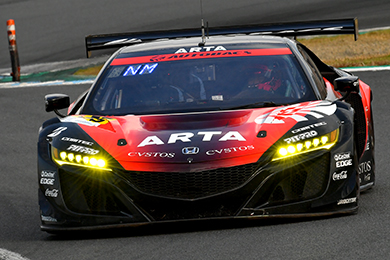 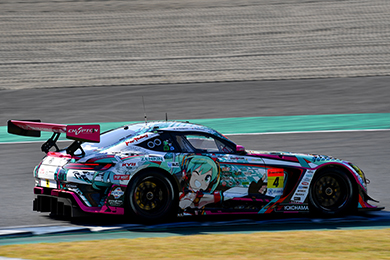 2020 AUTOBACS SUPER GT is, at last, closing the season with the final round. Given that the title contention has been ever fierce than past years in both classes and that the event is held in unusual time of the year at the last week of November, we can anticipate dramatic and nail-biting developments not only in the race but from the qualifying. Fans visiting the final round Fuji are encouraged to send applauses to supporting drivers and teams as well as to all drivers who fought hard and gave everything to the sports this season after they cross the finish line.
If you will not be able to make it to the final round in person, please enjoy the last SUPER GT of this season fully through the broadcast by J SPORTS on live, on demand, and recorded program, the SUPER GT Plus, a TV program broadcast via the network of TV Tokyo, or the official app (all channels offered only in Japan. For overseas, it will be viewable by The Race, a YouTube channel).