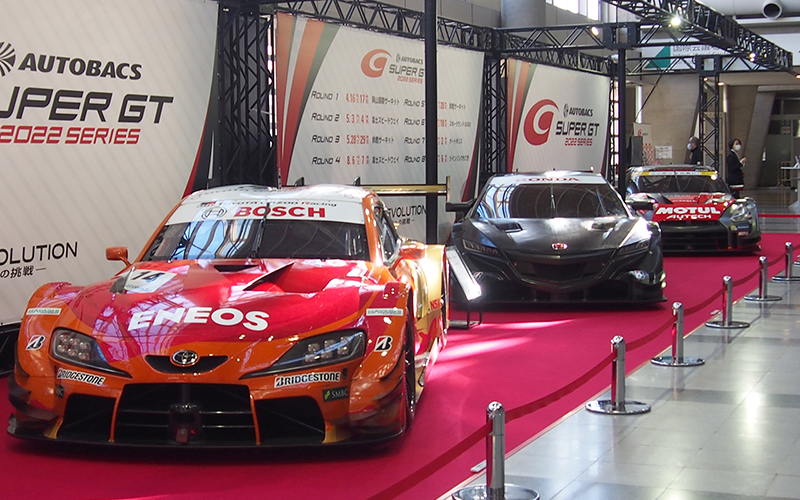 "TOKYO AUTO SALON 2022" was held at Makuhari Messe in Chiba Prefecture from January 14th (Fri) through 16th (Sun). After holding only in 'remote' mode last year, the event made it to 'real' mode with spectators at the venue, though with limited admission, after 2 years. One of Japan's largest festivals of customized cars and products also means a curtain-opening of the new season to SUPER GT fans. The venue was filled with cars and shows hosted at booths of SUPER GT automakers and sponsors including Toyota, Nissan, Honda, Subaru, etc., attracting a huge crowd at every location.

SUPER GT's booth was set up on the 2nd floor alley in East hall No.7 again this year. Cars of three manufacturers that compete in the GT500 class were put on display bringing the excitement right from the circuits. The line-up of this round of Tokyo Auto Salon was consisted of a runner-up of 2021 title, No.14 ENEOS X PRIME GR Supra, rarely seen Honda's development model NSX CONCEPT-GT, and No.1 MOTUL AUTECH GT-R wearing the champion number (from 2016). 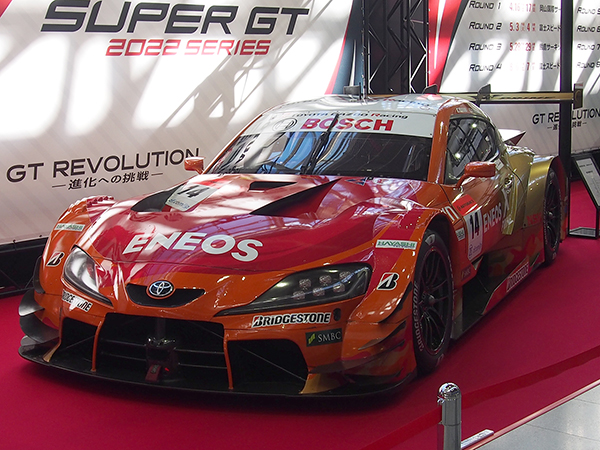 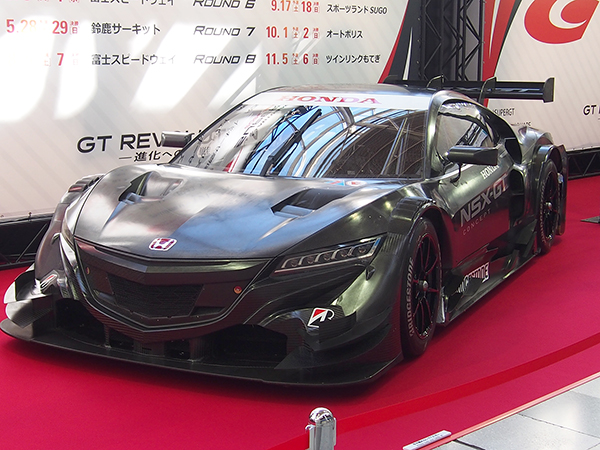 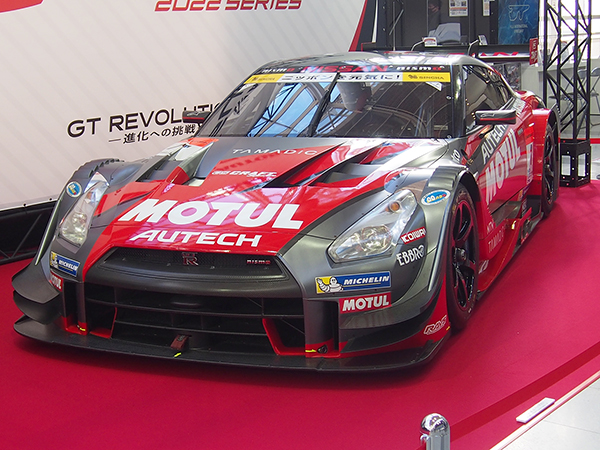 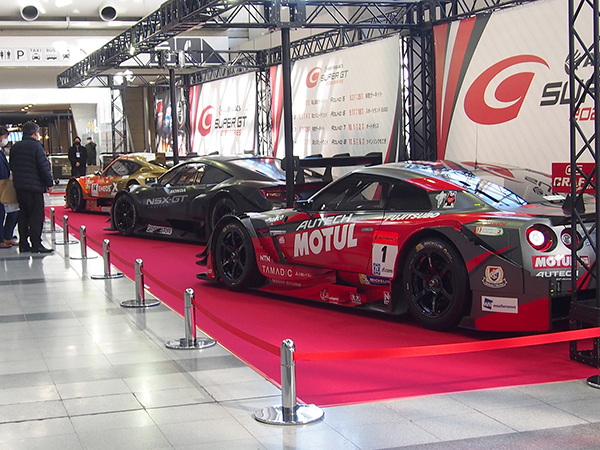 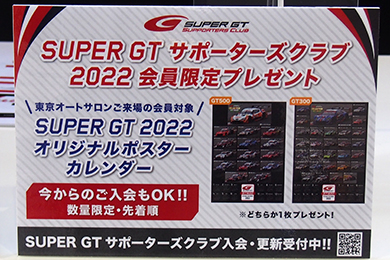 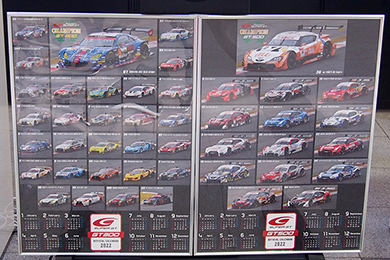 The venue was richly decorated with cars that competed in the 2021 season, that will be newly deployed this season, and that have undergone a complete change of livery for the new season.

Collection Car Auction booth in the North hall No.10 presented nostalgic race cars such as JIM GAINER Ferrari 360/F430 Version from the 2008 GT300 class and TAISAN STAR CARD F40 that competed in the GT1 class (currently GT500 class) in 1994 of JGTC era. Contrastingly, the TOYOTA GAZOO Racing booth provided a sneak preview of GR GT3 Concept, a race car under development which might be fielded in SUPER GT in future. 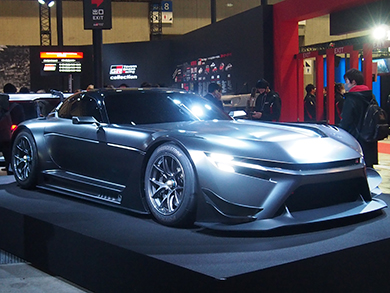 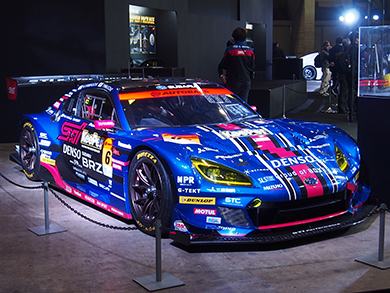 apr, a GT300 class competitor, unveiled its team as well as new car for the 2022 season at the booth of RAYS in West hall No.2. apr had been competing in the series with a GR SPORT PRIUS PHV which they developed on their own, but this season the team will field new car "apr GR86 GT" built in line with the GT300 specification based on TOYOTA GAZOO Racing's GR86. There will be two of the same car in the series, No.30 car of the team and another one by SHADE RACING that has declared to compete in the series this season. "We've put 10 times of the effort to finish the car with higher precision. This is a car that will give joy to the driver as he handles it and make the team members smile as they work on it." Hiroto Kaneso, the team representative of apr, provided his evaluation of the team's much dedicated new machine.

Driver line-up will continue to be with Hiroaki Nagai and Manabu Orido for No.30 car. SHADE RACING will employ Katsuyuki Hiranaka, who boasts 10 wins in GT300 and drives for the team in Super Taikyu serires, as their ace driver and young gun Eijiro Shimizu, who gained experience in FIA-F4 and Super Taikyu. Nagai commented, "I hope to exceed last season with the new car deployed this season." Orido explained how he is excited already to drive the GR86, "I had been looking forward to competing with a new machine from long ago. I would appreciate everyone's support." Hiranaka expressed his refreshed determination, "This season, the team, the car, everything are new. I will try to lead the team by utilizing the experience I have built up to now." Rookie Shimizu showed his commitment for upcoming season, "I'm thankful to the team and everybody involved for giving me this chance. I will work hard to get better each race after race." 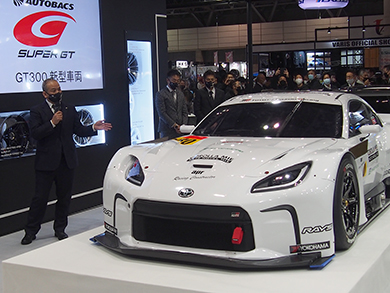 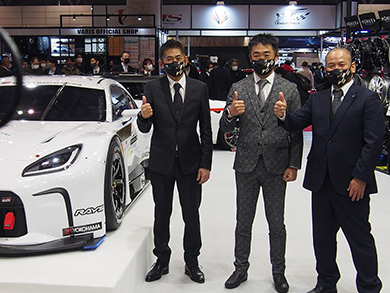 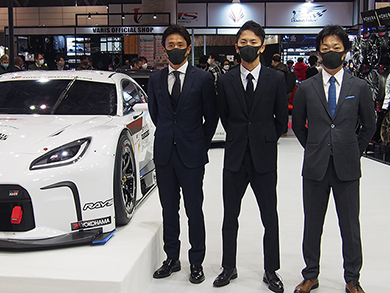 New livery of No.4 GOODSMILE HATSUNE MIKU AMG, which will maintain the same team organization as last year, was showcased at the booth of Saitama Institute of Automotive Technology in Center hall No.5. 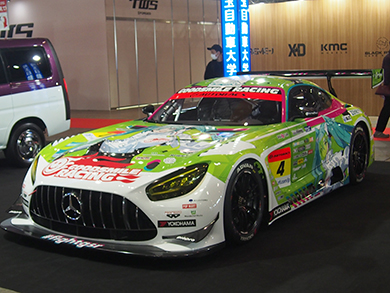