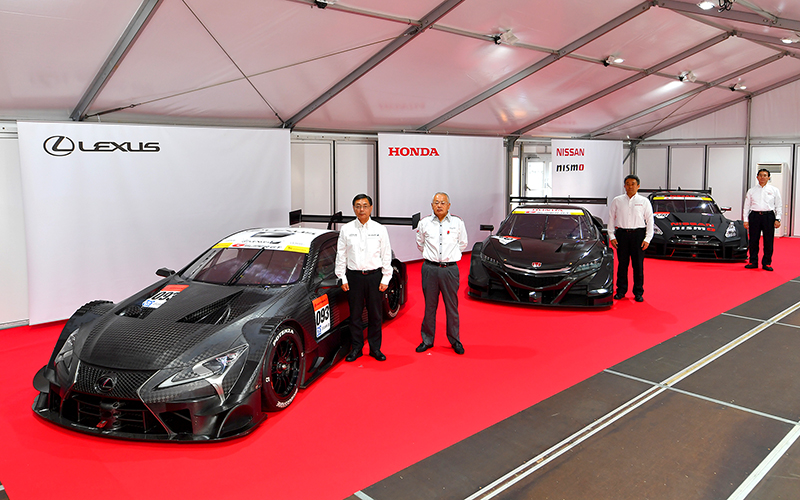 On the practice day of the final round at Twin Ring Motegi on November 11th, SUPER GT’s new 2017-model GT500 class cars were unveiled in a special presentation held at the track. Development vehicles of Lexus LC500, Honda NSX-GT, and Nissan GT-R nismo GT500 that will be fielded in the GT500 class were put on display at the venue. 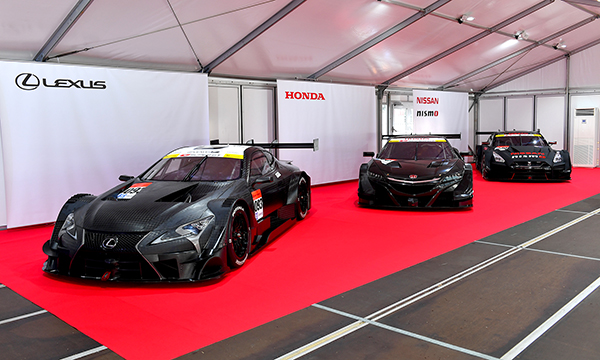 In the opening remark, GTA Chairman Masaaki Bandoh gave a brief overview of next year’s GT500 regulations.
“Current GT500 cars are setting new track records at different circuits, and they are referred as ‘The fastest GT in the world’. On the other hand, it is true that there is a concern for big accidents resulting from excessive competition of speed, but we are not considering to put a brake on the technology evolution by technical regulations. However, it may not be too much to say that the cornering speeds of GT500 cars is in a level of different dimension now. For that reason, in the 2017 regulations the downforce will be reduced by around 25% from the current specification cars so as to reduce the cornering speed. We are also working on adopting the latest environmental technologies, such as implementation of a 4-cylinder, 2-liter engine that would lead to fuel efficiency improvement as well as development of high performance tire that can run a longer distance faster, to make SUPER GT an earth-friendly race. Furthermore, we will also make improvements in the safety aspects so that SUPER GT will be ‘the fastest GT in the world’ with both safety and environmental performances at an advanced level.” 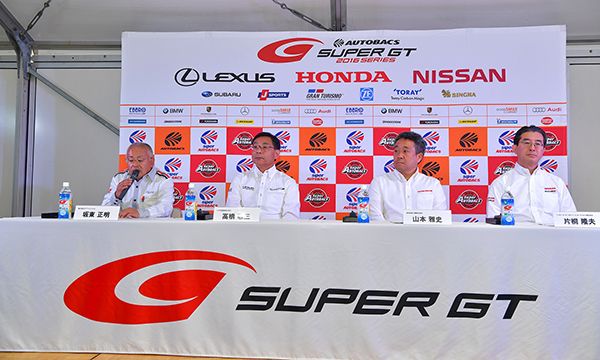 After the Chairman’s address, representatives from the development team of each automaker gave explanations on the overview of their respective 2017-model car and the progress of testing.

Representing Toyota Motor Corporation that developed Lexus LC500, Project General Manager Keizo Takahashi from Motor Sports Marketing Division appeared on the stage.
“We will participate in the series with Lexus’s new flagship coupe, LC500. We hope we can show everybody a new ‘cool’ feature of Lexus. We have done testing four times up to this point and ran the car for 3500km, but, instead of so called development, we are only at a stage of capturing data to see how changes have occurred on various elements. We will compile the results and move on to a new development stage to get prepared for the tests scheduled in December and January and make the car go faster. As expected, the cornering speed is reduced and the speed on the straight is faster. I believe the key in development is how to compensate the loss in downforce by fine-tuning the car and that’s where we will focus on in development to be competitive next year.” 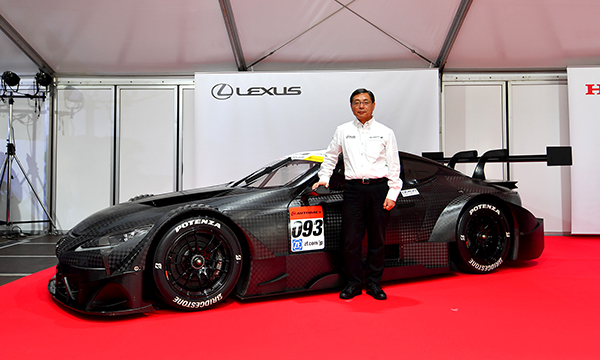 From Honda Motor Co., Ltd, Masashi Yamamoto, Honda Motorsports Senior Manager, explained about Honda’s new machine, NSX-GT.
“As you can see in NSX CONCEPT-GT, there was a word ‘Concept’ in its name, but in the 2017-model NSX-GT, the top feature would be its aerodynamic performance realized based on the same design as the new NSX, a production car that will be handed over to our customer and Honda’s only super sports car. We hope to overcome the 25% reduction of downforce by the superior aerodynamic performance of the mass-production NSX and race stronger than this year. Our Research and Development is working hard in development with a determination to surpass （the rivals）. With our only mid-engined race car in GT500, we will aim for the championship with a strong commitment again next year.” 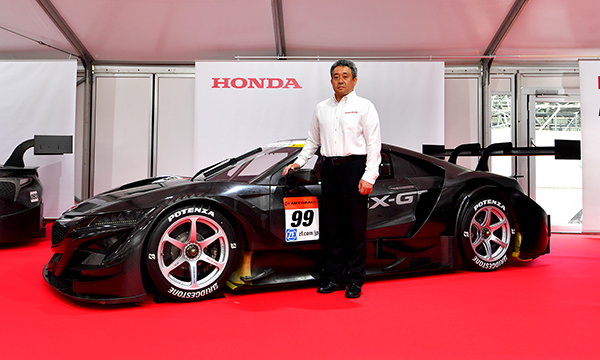 Takao Katagiri, President/CEO, Nissan Motorsports International Co., Ltd, the developer of Nissan GT-R nismo GT500 which has won the series title consecutively in 2014 and 2015 with the current vehicle and which is going into the final round at Motegi as the point leader again this year, appeared as the last representative and spoke about their 2017-model car.
“If to express the next year’s GT-R in a particular way, it would be ‘Deepened GT-R’. Not ‘Evolved’, but ‘Deepened’. Base vehicle is GT-R and unchanged, so we need to work down in deeper inside to make the car faster and safer. That’s what I meant by ‘Deepened’. There are a lot of impacts to different places from the 25% reduction of downforce, which we have never experienced. After we analyzed the data captured from actually running the car in a test, there were things that we didn’t expect to occur. I think it all now depends on how much of these ‘homework’ we can finish by the season opener. In terms of aerodynamics, the current GT-R may had some advantage, but now we have to put all of our effort and continue to put effort until the season opener to retain the advantage in the next season’s model and then improve it further.”

In the Q&A session with the journalists on the floor, there were questions on whether the NSX-GT is a hybrid and on the withdrawal of No.15 Drago Modulo Honda Racing after this season, which was announced a few days ago. Yamamoto from Honda responded, “After considering the regulations, we will compete with a car that is not a hybrid like this year. Also, we are planning to compete with five NSX-GTs again next season. Regarding the team replacing Drago, we are hoping to make announcement before the year-end.” 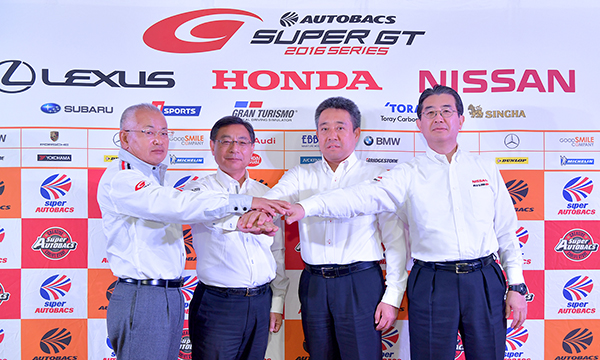